The Light Breeze of Zeeland

One of the things that has always fascinated me about the Netherlands is its historic love/hate relationship with water. Life would be completely different without the ever present allure and threat that water represents for the people of this country.


The province of Zeeland is one of the places where this love/hate relationship is most evident.
Zeeland is an spectacular region in the south of the Netherlands formed by the delta of the three major rivers the Rhine, the Meuse and the Waal. This province offers an incomparable atmosphere that brings echoes of past maritime glory together with an instant holiday feeling when you come in contact with its salty air,unspoiled beaches, beautiful meadow polders and enchanting dorpen or villages where time seems to stand still...

In future posts I will be taking you to see things like ...

the incredible Oosterschelde Storm Surge Barrier, that protects the country from floods...


we will have a close encounter with history, visiting important sites like the Zeeuwsmuseum in the Abbey of Middelburg ...


or the town of Westkapelle, where the fight against natural and human enemies made its inhabitants strong...


we will explore the capital city of Zeeland - beautiful Middelburg...


... picturesque cities and towns like Goes, Vlissingen, and Veere...

and finally, we will take a ride in a beautifully restored steam train across the beautiful polder meadows ...

Do you want to come with me to feel and breathe the Light Breeze of Zeeland?
Posted by Unknown at 14:38 18 comments 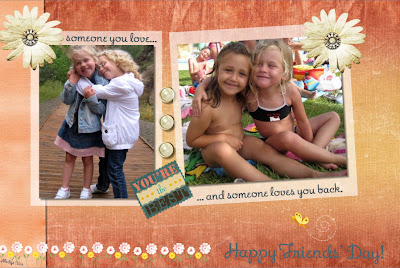 Today is one of those days  when I would love to be back home, in Argentina: it's 20 July - Friend's Day.

Día del Amigo or Friend's Day is a very important celebration in Argentina and Uruguay.
On 20 July 1969, the whole world united while watching the images of the first Moon landing achieved by the crew of Apollo 11 and "... for one priceless moment, in the whole history of Man, all the people on this Earth [were]truly one," as American President Richard Nixon said in his phone call to astronauts Neil Armstrong and Buzz Aldrin moments after they stepped on the Moon for the first time.

In Argentina, a teacher called Enrique Febbraro, had a brilliant idea: he proposed that this day should be remembered in the future and celebrated as Friend's Day, because at that moment in history back in 1969, the entire world had been friends of the three astronauts that had landed on the Moon.
His proposal achieved even official recognition with a government decree (number 235/79)back in the year 1979, and today, it is one of the most popular celebrations in my country as well as in Uruguay. 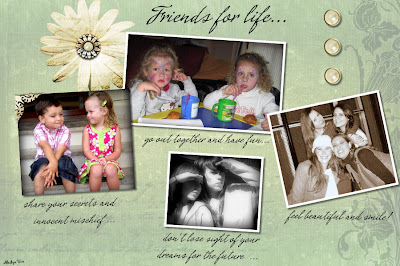 Friend's Day is not a holiday in Argentina, but it is an excuse for young and old to celebrate friendship. Normally, you start the day making and receiving phone calls from friends: those that are far away, and you haven't seen in a while, as well as those that live in the same city as you do. Another popular thing is to send emails, cards, flowers or sweets to your most dear friends. During the last couple of years, mobile phone networks have even experienced temporary breakdowns during this day!
In the evening, after work, people normally get together for the real celebration. Restaurants, discos, bars - they all offer special arrangements for this day and they normally take reservations well in advance. If you are just visiting or passing by on 20 July, don't bother to show up at a restaurant, because the chances are that you will not find one that can accommodate you without a reservation. 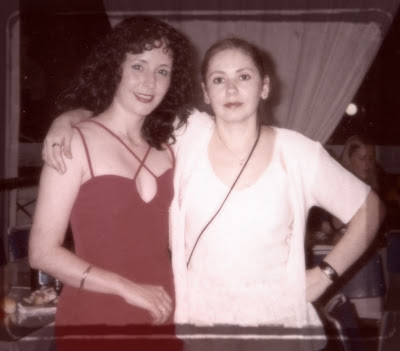 Merijelen and I, at the turn of the century (this century, of course)
On this photo I am with my dear friend Maria Elena, or Merijelen as I like to call her, using a strong Spanish pronunciation of her anglicized name "Mary Ellen". You may ask why I bother to pronounce in Spanish an English name that was anyway Spanish to begin with. That is something Merijelen and I just do: we have developed our own language, in which we turn Spanish words and expressions into English or viceversa - just for fun.
Back in the day when we used to work together, we would share those special moments - like when we both used to make fake dates with Brad and George over the phone... 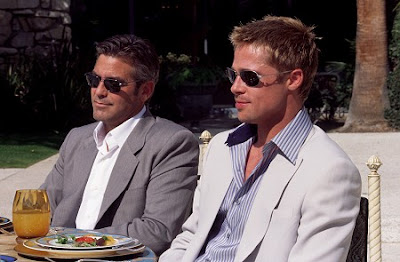 Photo source
... or charge money to each other in exchange for help. I would come to her and ask if she could find some book or tape for an exam I needed to have ready, and when I thanked her, she would always say "you're welcome, it's $10!"

We have been friends for a long time and I am pretty sure I owe her millions by now - in pesos, dollars, euros, rands... and every possible currency that exists out there in the world. My debt has increased and grown out of proportion with the passing of time. A couple of  tapes for the Cambridge exams, $50; helping me to prepare the auditorium for a workshop, $150; revising the timetables for the examiners and giving them a call, $200; being there in the good times, $500,000; during the hard times, $1,000,000..... and the list goes on. But I was hoping she would forgive that huge debt with this tribute to our friendship on this very special day:


Thanks to the models for these photos: Nicole, Angela, Izan, Vero and her friends!
Posted by Unknown at 13:44 27 comments

Spotted in the Netherlands

Classes are over and the school year has come to an end. At this time of the year, all over The Netherlands you see this: 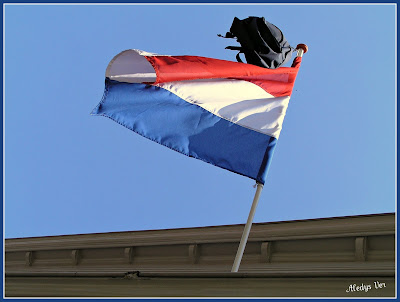 In the month of June, students all over the country start receiving the results of their final exams and soon, the streets become lined up with Dutch flags and school bags hanging from masts.
This means that a son or daughter of the house has passed his or her exams successfully and then, the family wants the neighbourhood to know about the good news. If you live in The Netherlands, I am sure you have seen this in your street or your neighbourhood around this time of the year. 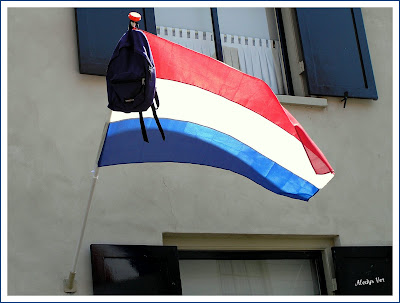 But where does this tradition come from?

Before the custom of sending cards became widespread, people used to communicate news to their neighbours, family and relations by some kind of sign in the front of their houses. This was normally done to let people know that there was a newly-born baby, a birthday, a marriage or a death in the house.

Before the 1930s middle and higher education was only accessible for the elite, for those families that could afford to send their children off to school. It was around this decade of the 20th century when the tradition of hanging the flag outside the house started. If you were lucky enough or had money enough to send your children to school, and these succeeded in their studies, you certainly wanted the whole neighbourhood to know about it.

In the 60s secondary and higher education became also available to the working classes and therefore, more people started hanging the Dutch flag when their children successfully completed their studies. Because not everyone had a flag, it also became common to hang books or school bags too and later, these two habits merged into what we see today: flags sometimes with the inscription Geslaagd (successfully passed) written on them, school bags or books and other school items or even balloons hanging outside the house of a student who has passed his or her final exams. 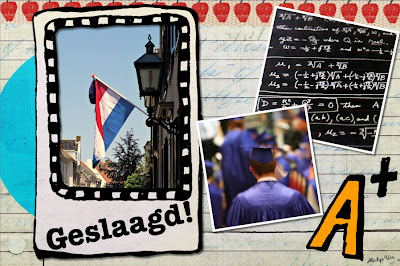 Do you know of similar traditions for the end of the school year in other countries?

In Argentina, usually when you take (and pass) the last exam of your diploma at university, friends and family will be waiting for you outside the school. As you come out, you get a shower of eggs, flour, vinegar or anything that they happen to find in their kitchen cupboards before leaving the house. It is also customary to cut pieces of your clothes and even your hair!!!!!
Posted by Unknown at 12:02 24 comments 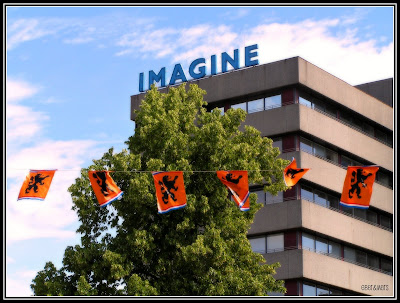 Good luck to the Netherlands in the World Cup Final!

(Though I confess that I won't be altogether disappointed if Spain wins - I am afer all, 75% Spanish although born in Argentina!)
Posted by Unknown at 15:43 8 comments 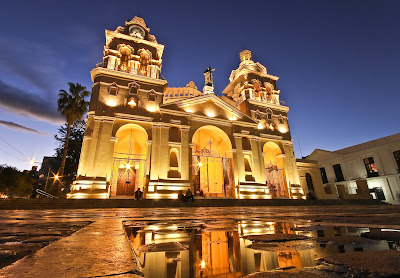 Cathedral in the city of Córdoba, Argentina. Photo by Roberto Bowyer
For the last couple of weeks I have been planning to write a post about Córdoba, my hometown in Argentina. It is, I think, a long due tribute to the city where I was born and where I lived many years of my life.

It has been no easy task, though. What to tell, where to begin and most importantly, how to express how I feel about Córdoba?

After much thought and deliberation, false starts and drafts that ended up in the trash bin (cybernetically speaking, of course) I finally found the answer ... and it came with a little help from my friends, as the song goes.

I happen to have friends who are very talented photographers. Their photos are fantastic because they are all very technically and artistically skilled - they have the eye for it, as they say. But something else happens when they shoot photos of Córdoba: they put their soul into it as well; and when you look at their images you know that no matter where in the world they live now, they've left a piece of their heart behind in Córdoba - just like me.

Today, we are celebrating Córdoba's 437th birthday. On a day like today, 6th July 1573, the Spanish conquistador Don Jerónimo Luis de Cabrera, founded the city of Córdoba de la Nueva Andalucía on the margins of the river Suquía. The name of Córdoba was chosen as a tribute to the conquistador's wife, who had been born in the Spanish Córdoba.

This is how Claudia Gibson, Gustavo Alterio, Roberto Bowyer and humble me, say "Happy Birthday" to our city!

(You can click on each photo to view it large) 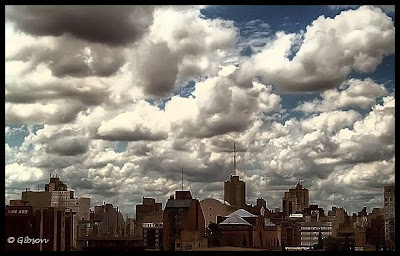 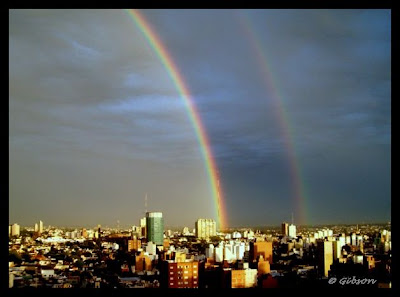 Claudia Gibson takes the best shots of the skies of Córdoba. 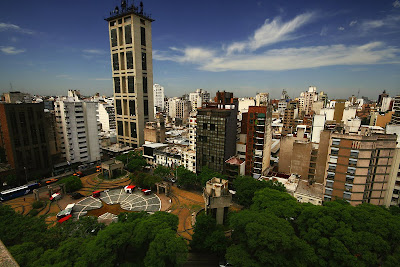 A view over the city by Gustavo Alterio. 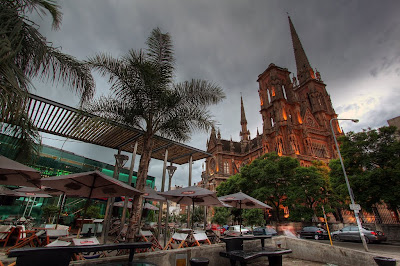 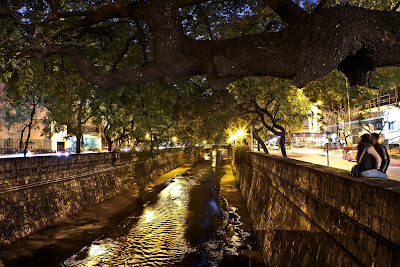 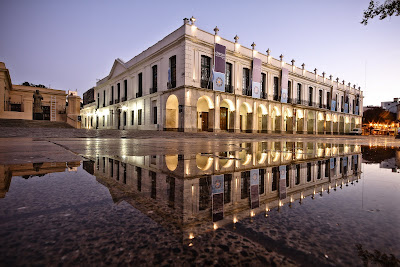 The Cabildo, old Town Hall in the city centre, by Roberto Bowyer. 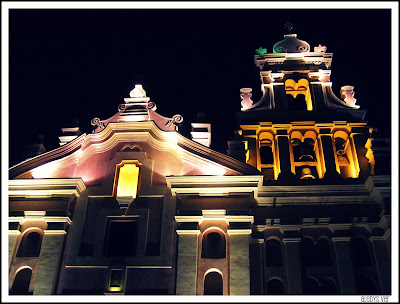 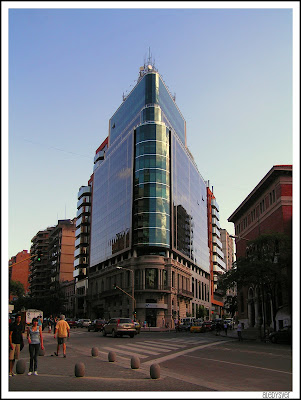 Happy Birthday, to our city!! 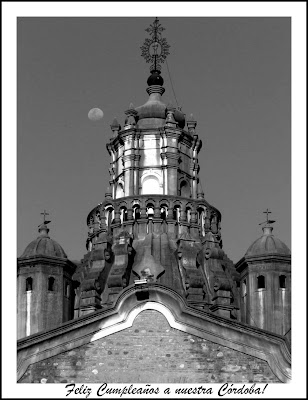